Vale Press is proud to be a sponsor of the 2017 Cirencester Abbey 900 festival. Vale Press handles the printing of literature and promotional material at a specially discounted charity rate and is delighted to be associated with a programme of events that will cater for all ages of our communities.

2017 is the 900th anniversary of the founding of the Augustinian Abbey in 1117 by King Henry 1st, which marked the beginning of the cultural and economic success of Cirencester and the wider Cotswolds, which continues to this day.

A group of likeminded people from all walks of the community including businesses, the voluntary sector, the arts community, the church and local people have got together to create a year long festival of over 50 events to celebrate the town’s history and to express their enthusiasm and confidence for the future of Cirencester and the Cotswolds.

The flagship fundraising event of the festival is the building of a Lego model of the Abbey using 70,000 sponsored bricks.

An incredibly varied programme of events will shortly be published, with more to be added during the year. Look out locally for copies soon – printed, of course, by Vale Press! 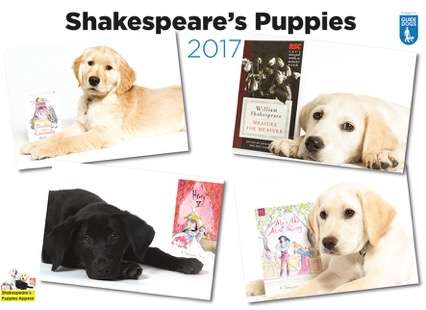 The Shakespeare’s Puppies Appeal was launched in 2013 in Stratford-upon-Avon, to support the work of Guide Dogs. A committed group of Guide Dogs volunteers – Puppy Walkers, Breeding Stock Holders and Boarders – work on a variety of events, and offer presentations to schools, groups and clubs.

The aim of the Appeal is to support businesses, schools, and individuals in raising £5,000 to provide a Guide Dog Puppy which is named after a Shakespeare Character.

Vale Press were delighted to be able to help such a worthwhile and local cause by sponsoring the printing of a  2017 Calendar which had colour photographs of some of the adorable puppies. The proceeds boosted the Appeal funds.

Vale Managing Director, Tom Stowe says “The Vale Press team have always loved our dogs ever since “Jet” a black Patterdale puppy  became our first “office dog” nearly ten years ago. We were delighted to help the local “Puppies Appeal” – it’s such a worthwhile cause.

“Whilst we may keep dogs as pets because we enjoy their company, some people need a dog to provide essential support in their own lives. Guide Dogs do a great job and we’re only too pleased to support the local volunteers who give their time to train and look after them.”

ECO Work-Shop is based in Clifford Chambers, near Stratford-upon-Avon. It does a fantastic job in supporting adults, from local towns and villages, who have learning disabilities or autism, by providing purposeful, real work activities that develop skills and abilities.

The work activities take place in their workshop; out in the community; in their beautiful walled garden or at the premises of partner organisations.

Vale Press Ltd are delighted to help out with advice and printing requirements for Eco Work-Shop and, above all, with a regular work placement managed by Vale Press Operations Director, Oliver Stowe. 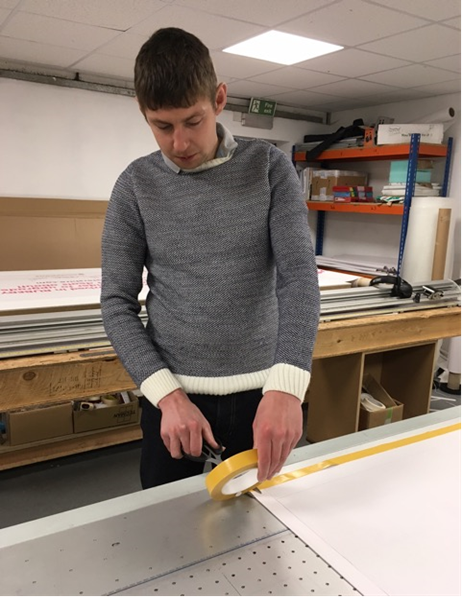 Oliver says “The whole team look forward to Dan coming in every week for his work experience. We make sure Dan has an interesting and varied workload and it’s great to see the smile on his face as he gets on with the task in hand. We hope he feels part of the Vale team.”

Everyone involved agrees that “Purposeful work is vital for wellbeing!” 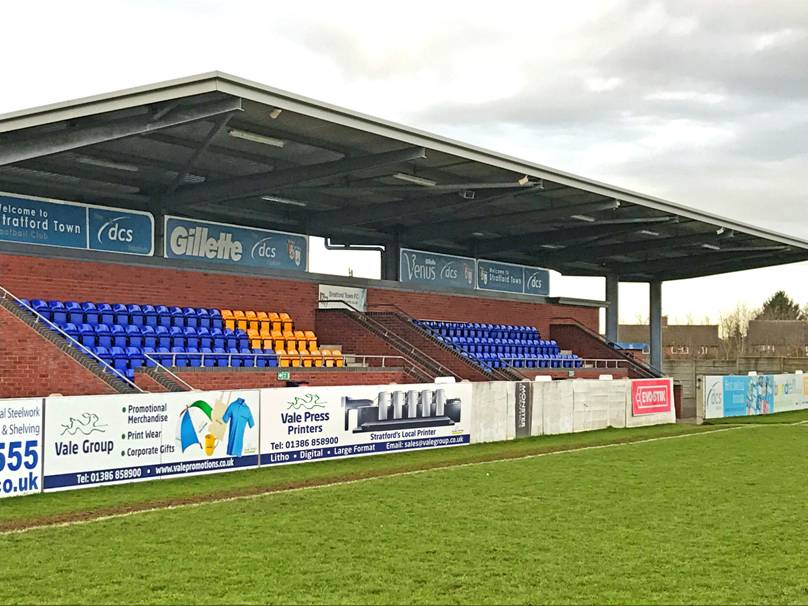 Last year Vale Press were very pleased to be asked to help Stratford Town Football Club with the printing of their club programmes. Vale Press’s Sales Manager, Mark Hatton, was delighted to offer the club a special sponsorship package, including discounted prices for printing the deadline-critical match day programmes.

Vale Press are also pleased to have two of the advertising boards at the DCS Stadium in Tiddington.

The Stratford Town FC first team plays in the Southern League Premier Division and in total the club fields an incredible 35 teams across the age ranges – for boys, girls, women and men, starting at grassroots level. The Club has attained FA Charter Club status and is an FA Development Club.

Mark Hatton says “Stratford Town FC is a great community club – forward thinking and ambitious. Those are values shared by Vale Press and we wish all the Stratford Town teams good luck for the rest of the season. Bring home the silverware!”

Why not place your print work locally with Vale Press and see your local community benefit even more? Contact Mark Hatton on 01386 858900 or email: mark@valegroup.co.uk