PDSA are one of the great national charities with a motto of “Saving Pets – Changing Lives”.

They see over 470,000 pets each year. To learn more about their great work please visit www.pdsa.org.uk

Vale Press are proud to have PDSA as one of our customers and we’re really pleased to have sponsored the printing of the Official Souvenir Programme for the PDSA PETLIFE  Festival 2018 being held today at Cheltenham Racecourse in Gloucestershire – just a few miles down the road – or even the GWSR railway – from our Vale Press factory in Willersey.

This evenings Main Stage acts – under the gorgeous Gloucestershire sun – include: Jessie J  (“Price Tag”); The Vamps (“Can We Dance”) and the Kaiser Chiefs (“I Predict a Riot”). More details at www.petlife.org.uk

Many of the Vale Press team have pets at home and, occasionally, some come in to the office for a visit or just to say hello. To us they’re just “fellow travellers’! 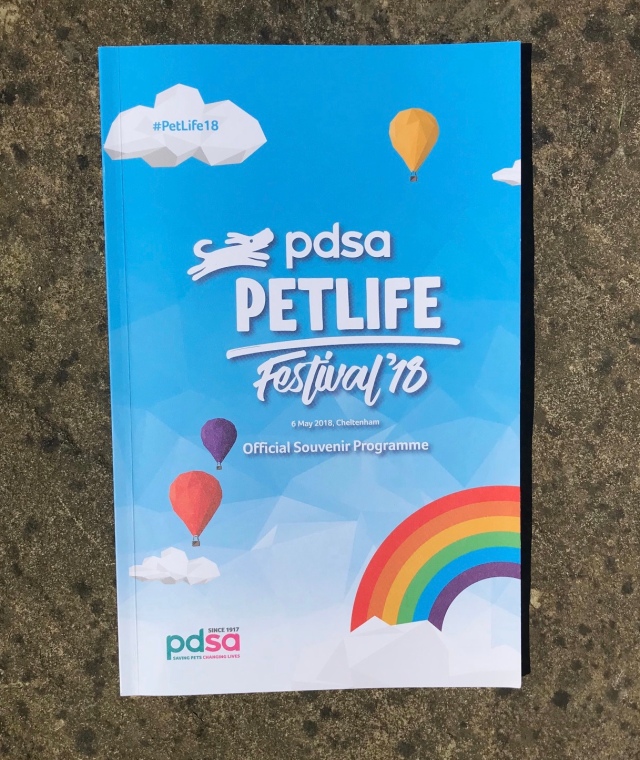 Please consider printing locally with Vale Press and see our local communities and charities benefit even more – we have fifty staff at your service running some of the world’s finest printing presses.

Vale Press were pleased to sponsor the Business Sporting Club Dinner in Stratford-upon-Avon last night where the guest speaker was Sir Ian McGeeghan OBE (nickname “Geech”)  – probably the greatest Rugby Union coach of all time. Head Coach of the British & Irish Lions for the tours of 1989, 1993, 1997 and 2009.

The raffle at the Dinner was in aid of Alzheimer’s – an incredibly worthwhile charity – and one which needs no introduction, as it affects the lives of so many.

It was a privilege to sit with Sir Ian and, rugby legend from the seventies, David Duckham MBE.

I asked them both who would be their first player of choice on a “Fantasy XV” team sheet.

Both gave me the same answer – Gareth Edwards.

Here’s a reminder why – a match in which David Duckham played.

Thanks again to those who bought raffle tickets and donated prizes and in particular to Jean & David Duckham who organised the dinner.

Please consider printing locally with Vale Press and see our communities benefit even more – we have fifty staff at your service running some of the world’s finest printing presses.