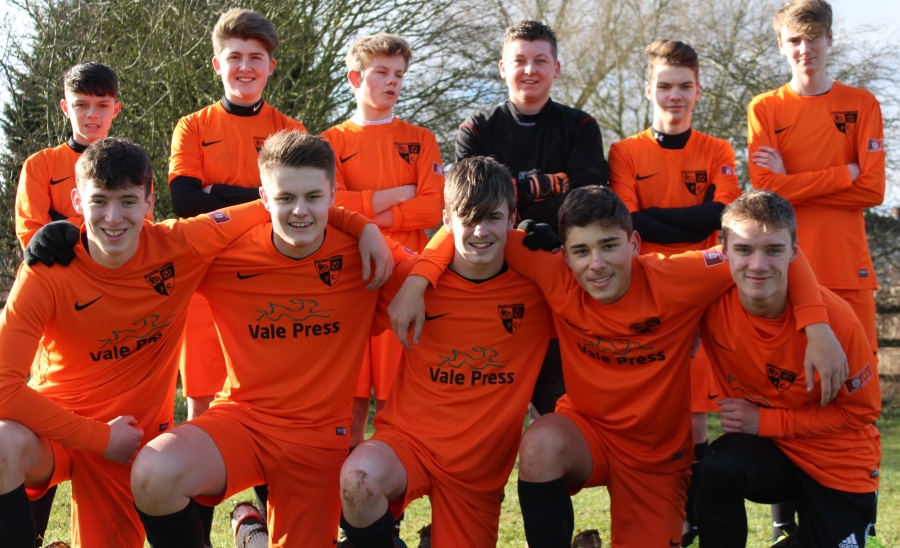 Vale Press are delighted to be shirt sponsors to the Wychavon Wanderers Under 16s Youth football team for the 2016/17 season.

Wychavon Wanderers affectionately also known as “The Lions” play their home matches at Wickhamford Sports Club – and the players are drawn from Evesham, Broadway and the surrounding Vale of Evesham villages.

The club has FA Charter Standard Club status and the team plays in the Ambassador Evesham Under 16’s Pool B League, often travelling to far-flung areas of Worcestershire and the Midlands, such as Bromsgrove, Pershore and Shipston!

Vale Press Operations Director, Oliver Stowe, lives close to the team’s home ground and was keen to support the team this season: “I remember playing football in my younger days and know how important it is for youngsters to have the opportunity to play well-organised team sports. I wish everyone connected with “The Lions” – players, coaches, parents and fans – all the best for the season”.

The team play in orange/gold shirts – almost reminiscent of that other “Wanderers” team – Wolverhampton – one of the best teams in the country in the 1950’s!